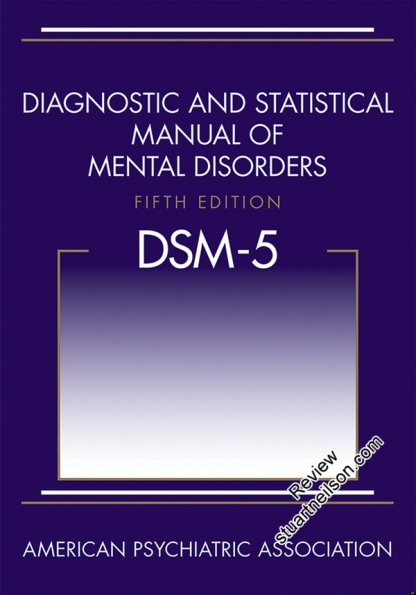 American Psychiatric Association (2013) "Diagnostic and Statistical Manual of Mental Disorders: DSM-5". Washington: American Psychiatric Association. (Boole: U 616.89 AMER)
The Diagnostic and Statistical Manual of Mental Disorders (or DSM in short) is the guide defining autism and Asperger syndrome as a set of deficits or traits which, in combination, lead to a diagnosis. The fifth revision, DSM-5, amalgamated Asperger syndrome and all autism variants under a single diagnostic entity of "Autism spectrum disorder", code 299.00 (which parallels code F84.0 in the International Classification of Disease). This coding attempts to place autism as a disease or mental disorder, firmly under the oversight of the medical and psychiatric professions.