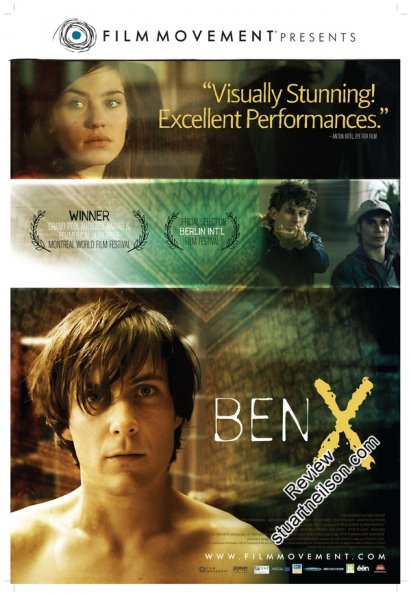 Ben X (2007)
Fictional (15)
Not to be confused with the American cartoon “Ben Ten”, this Dutch film portrays teenager Ben (Greg Timmermans), who has autism. Ben retreats from vicious bullying into a world of multiplayer video gaming, and then contemplates suicide. A fellow-gameplayer encourages him to be as brave in real life as he is in virtual life. It is based on the novel “Nothing Was All He Said” by director Nic Balthazar. The title is a wordplay on the Dutch “ik ben niks” which means “I am nothing” in English.
IMDb page
Wikipedia page