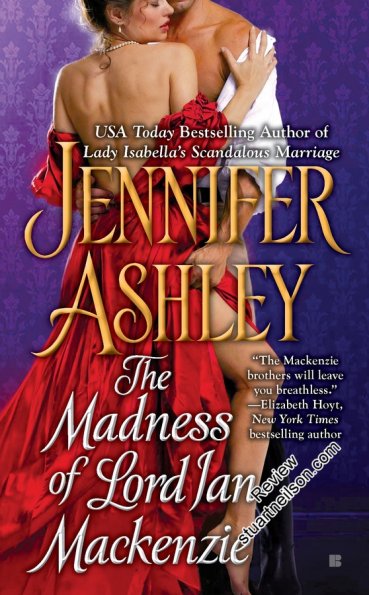 Ashley, Jennifer - "The madness of Lord Ian MacKenzie"
This bodice-ripping historical romance opens in London in 1881 when Lord Ian Mackenzie, who spent his youth in an asylum, sets his eye on wealthy widow Mrs Beth Ackerley. Ian's eccentricities are explained as 'madness', the setting being long before the concept of autism, and this aspect is explored well through Beth's understanding and tolerance. Ian's behaviour and his growing love for Beth are explored from his own perspective. The concept is well-founded in history - Hugh Blair of Borgue was the subject of a lawsuit by his younger brother John in 1748, who had Hugh declared "a mere natural fool", anulling his marriage, preventing any heirs preceding him and thereby gaining his inheritance. (See The Decisions of the Court of Session, Volume 8 for an account of the court case). The book portrays the impact of autistic traits on Ian's everyday behaviour well, but this does not extend into the (explicit) sexual scenes - I would like to have read more about how his traits affected sex and his sexuality.
Dear Author review
jenniferashley.com