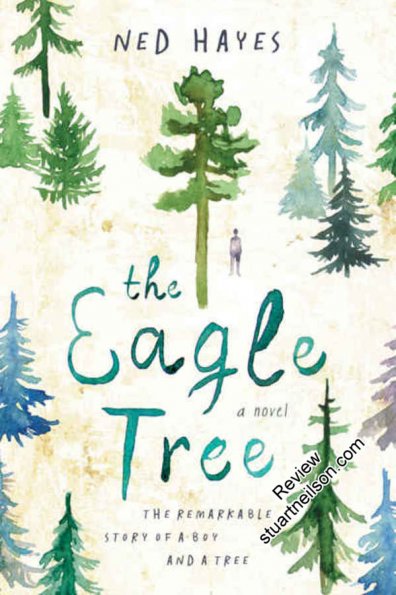 Hayes, Ned - "The Eagle Tree"
March is a fourteen-year-old boy who is intensely fascinated by the natural world, by trees and especially the fate of the Eagle Tree possibly the last Ponderosa Pine west of the Cascade Mountains. March is on the autistic spectrum and his verbal capacity for self-expression does not reflect his cognitive capacity, leaving him vulnerable to the vagaries of adults, carers and authority figures choosing how to fill in for his unspoken intentions. His verbal fluency is most markedly impacted when under stress and when faced by strong emotions, leading to damaging misinterpretations of his actions and feelings.
March is not portrayed as a savant and the first-person expression of March's thoughts and understanding of the world is a moving and lyrical account of the inner narrative of a boy who can not or will not communicate in words with other people on their terms. March clearly expresses a wish to communicate on his own terms, to "turn a fire hose on, from my head, and I could splash water across them, and every drop of water would be full of facts that I know about the trees." It is a convincing and credible portrayal that does not rely on any stereotypes of the behaviour of children on the autism spectrum. Goodreads review
nednote.com