GalleryASD fiction Larsson, Stieg - The Girl with the Dragon Tattoo 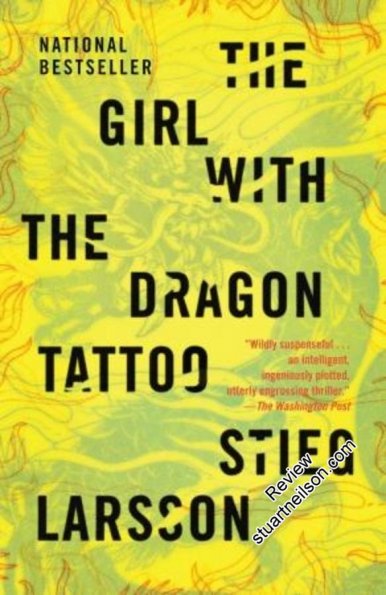 Larsson, Stieg - "The Girl with the Dragon Tattoo", "The Girl Who Played with Fire" and "The Girl Who Kicked the Hornets' Nest"
If I had to pick one autistic role model, it would be Lisbet Salandar, a girl who stands up for herself and for women subjected to the violence of men. Her own violence is proportionate when others see reason and unrestrained when they do not. Her regard for social convention is low, yet she uses her skills and tenacity to uphold strong moral convictions. Lisbet Salander is not diagnosed with autism, having refused to be assessed by a system she intensely distrusts. However, other characters in all three books describe her as having "Asperger syndrome or something like it" or "some form of autism" (Blomkvist, Palmgren, Jonasson and Teleborian).
Independent review
Stieg Larsson died with no will at the age of 50 and his partner of 32 years (Eva Gabrielsson) was denied his legacy. His name and the Millenium book series have been appropriated, by his estranged father and brother. They have recruited sports ghostwriter David Lagercrantz to continue the titles.