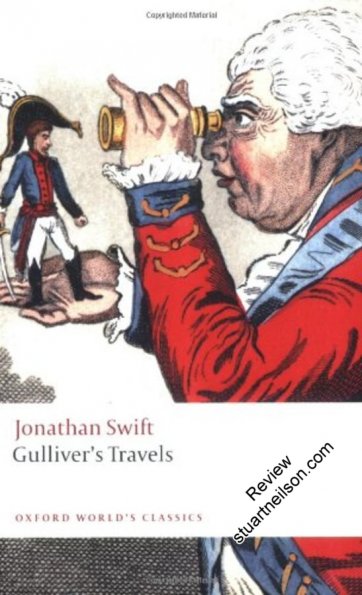 Swift, Jonathan - "Gulliver's Travels"
In "Gulliver's Travels", Captain Lemuel Gulliver has a series of misadventures, finding himself as giant and tiny, wise and foolish, king and serf, according to the norms of the society in which he is cast up. Jonathan Swift was Dean of St Patrick's Cathedral in Dublin and a huge impact on politics and society through his writing. Jonathan Swift was deeply affected by the mistreatment of people who were mentally ill, cognitively impaired or otherwise 'different', who were placed in filthy confinement and excluded from society. The most extraordinarily 'different' people were bought, sold and displayed like animals for amusement, including "Peter, the Wild Boy of Hanover" (of whom Jonathan Swift wrote although "he behaves like a dumb creature, he is a christian like one of us"). The fantastical creatures in Gulliver's misadventures portray these real-world injustices, in which the Yahoos and Laputans might represent contemporary experience of what we now call autism. When he died (aged 80, in 1745) Jonathan Swift left the bulk of his estate (£12,000) to found St Patrick's Hospital for Imbeciles, now St Patrick's University Hospital, in Dublin - the high-dependency psychiatric unit (where I have stayed) is named after Dean Swift.
Guardian review
(Wikipedia article on Jonathan Swift)