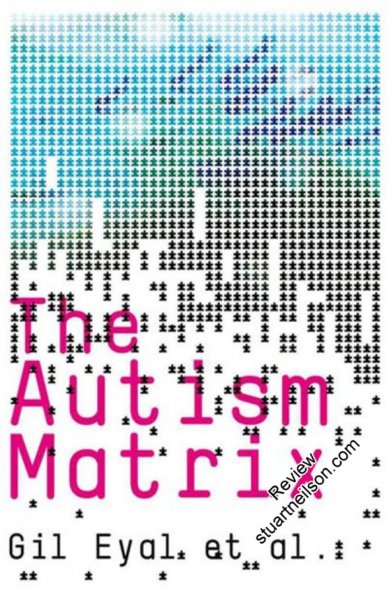 Eyal, Gil et al (2010)"The Autism Matrix". Cambridge: Polity Press. (Boole: U 616.85 ATTW)
The Autism Matrix is a polemical work identifying the 'epidemic' of autism as the aftershock of closing the large institutions of the past. The massive mental hospitals, asylums and other institutions housing the mad, feeble-minded and otherwise different have closed, releasing inmates who are now (hopefully) better understood and could be better served. The Autism Matrix tends a little towards suggesting that autism is a socially constructed fiction rather than a neurological or biomedical reality.